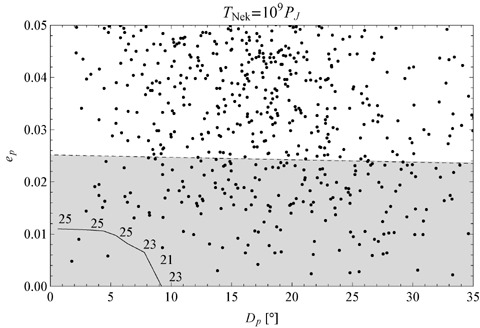 Asteroids are remnants of the violent formation process of our solar system. Some of these minor planets share their orbit with a major planet and are called co-orbital. The most common type of co-orbital objects we know are Trojan asteroids.  Trojans have been predicted by theory and  found by experiment – astronomical observations. In theory, there are special locations within the orbit of a major planet where the gravitational pull of the ‘major’ and the gravitational attraction of the central star – our sun – balance out each other in such a way to allow the motion of the ‘minor’ somehow ‘hidden’ within the orbit of the major planet. Observations show the existence of asteroids close to these points, but it remains open the question if the existence of these very interesting objects is just a temporary phenomenon or not. Many attempts have been made by scientists to answer this question. In my work on Nekhoroshev stability of Trojan asteroids I try to investigate the long term stability by means of a mathematical tool called Nekhoroshev stability. The aim of the study is to define a region close to the exact co-orbital configuration that includes asteroids which can stay within this region for time scales beyond the age of our solar system. It can be found and thus asteroids may also share their orbits with the major planets for very long times. This is a useful result to better understand the origin and formation process of planetary systems, i.e. our solar system that probably includes thousands of thousands of minor planets that have been formed together with the major planets at the beginning of our solar system.

The figure has been published in my article about the Nekhoroshev stability of Trojan asteroids already in 2008 and contains new scientific results of the core topic of my PhD thesis. It is one of my most cited scientific work so far. More of my work on co-orbital motions of asteroids and space dust can be found here.